It has been said before: This is the best era to be a geek. 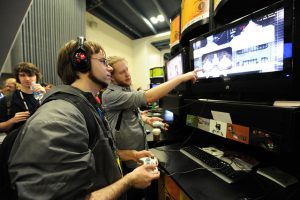 With recent advancements in all expressions of pop culture happening in almost the speed of light, sometimes it’s hard to catch up.  Technological natives and immigrants alike gawk/geek-out at developments that give even the franchise, “Back to the Future” a run for its money. Videogames here and there make “Bladerunner” look like your grandfather’s war story that never really happened, (Is that why it got infected with the Hollywood remake/reboot bug? Was there a need in the first place? Wait, I digress. Let’s go back)

And the primary movers of these technologies start-off really young. Fresh grad-young. Or maybe hanging-by-a-thread or delayed-in-grad-young (Sorry). Those Millennials people love to hate? Yeah, they’re probably doing awesome stuff that would have you flipping your boring work desks over. 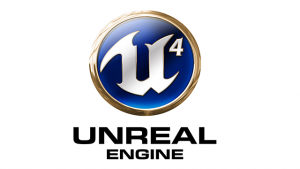 A technology they’re constantly tinkering with, or mastering even, is Unreal Engine (UE). A game engine developed by Epic Games, UE allows testosterone-pumped, sugar-fed, sleep-deprived game developers to produce eye-popping visuals and gameplay that would have you emptying your wallets every pay day. This week, Xeno Creatives sat down with artists who are currently developing games through, yeah you guessed it, Unreal Engine. 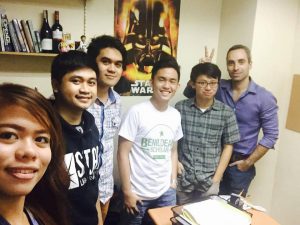 Holding an OJT post at Secret 6, a game development studio that houses a production unit here in Pasig City, John Entuna is not your typical twenty-something game junkie. Fact of the matter is, he refuses to identify himself as a gamer. John, a senior at the College of Saint Benilde, is taking up a course on Games and Development which he would be finishing soon. He assumes the role of leading in technologies specifically in programming when developing games. John also gets his hands on character art with the exception of texturing and UV as he finds these not to be his specialty.

Xeno Creatives asked John some questions that immerse into how he got involved with game development in UE and how he plans to navigate through the discipline.

Xeno Creatives: We’re sure that while you were growing up, there were no talks about people working as game developers, unlike other professions such as being a Doctor, Engineer, and heck even the President of the World. So given that, how did you get the idea of wanting to become a Game Developer? 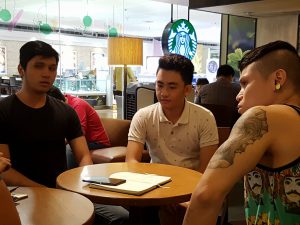 John Entuna: I was introduced to the world of gaming at a very young age. I was completely fascinated with videogames that it made me wonder how these were created. At first, I really wanted to take up Computer Science, but when I researched about it, I found it to be boring. I didn’t want to be stuck in that path so that got me thinking, “What if I pursue what I really love doing? What if I integrate programming with graphics? That’d be interactive!” Then, when I was in second year high school in 2011, right about the time I realized I really wanted to make games, I got wind of Benilde offering Games and Development. Watching game developers work got me thrilled about it; the developers seem so happy doing what they do.

John added that while many would think that game development is hard because of the nitty-gritty, technical stuff that you have to go through, it is actually really fun.

Xeno Creatives: I understand that developers like you had to really learn the ropes in UE, especially when it comes to grasping the C++ Interface, having to wire it along with the blueprint and not to mention the aspect of reusability. How was that like? 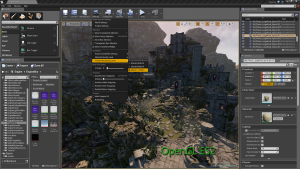 John Entuna: Given that Unreal Engine has constant updates and that none of our game development subjects can really walk you through any engine, you really have to be hands on. What our professors teach us can only do so much. You can’t exactly develop a game through a step-by-step procedure and hope it would work; you really have to go the extra mile. So yeah, it’s kind of hard, but the learning from it makes it worthwhile. 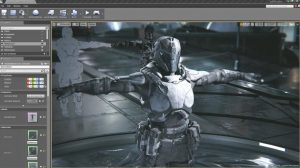 John pointed out further that despite his years developing through the engine, he can’t exactly consider himself to be an expert in Unreal Engine. To reiterate, the technology constantly adds to its artillery of functions and features. As such, developers like him constantly go back to the drawing table to learn new stuff.

Xeno Creatives then shifted the focus to the UE game development project John is a part of, the “Ragnarok Protocol”. 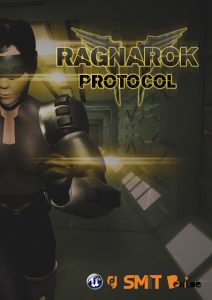 Initially developed through UE 4, “Ragnarok Protocol” is an Action Role-Playing/Third-Person Shooter/Platforming Game set in a far-flung future. Here, the player would be assuming a persona donning a special suit and armament called the, “Valkyrie”. The suit allows the player to shoot at anything with great efficiency and accuracy. You can see the game’s development story here: http://www.alsonentuna.com/2016/07/academic-capstn1-ragnarok-protocol.html

Stemming from a thick storyline that alludes to Norse Mythology, John says that “Ragnarok Protocol” is yet to be expanded into a bigger game which would require further development through UE 4.11. John promises that the expanded game would not only boast of amazing visuals, but also a meaty story with an awesome gameplay.

John Entuna assured Xeno Creatives that he would be with the project every step of the way. And who knows? It might just be the next big thing!

Definitely someone to watch out for, John Entuna is someone whom every youth in the game development industry should aspire to be: dedicated and does what he loves doing in the best way he can.