SEEING IS BELIEVING: A Look (Pun Intended) at the Symbolisms in Susanne Bier’s “Bird Box” 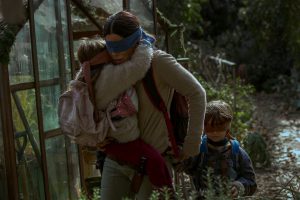 Don’t get me wrong, “Bird Box” does have a story to tell. A decent one at that. Only, it doesn’t live up to its hype.

There. I said it. The hype was just a hype to get us all riled-up for another apocalyptic thriller that sees the demise of mankind in the hand of only-God-knows what. The latter, being literal. It was never revealed. But personally, that’s not an issue.

To be honest, I personally liked “Bird Box”. I liked it in that it made me review the scriptures. I liked the fact that I can easily approach the film literature with a Judeo-Christian lens and not be guilty about it—it does, after all, suggest the involvement of demons. And if there are demons in the mix, then Yahweh is not too far behind. Definitely, the end heralds a sanctuary for survivors, a New Jerusalem if you may.

But let’s not get ahead of ourselves here. Let’s get things off our hair first before we dive into the ungodly details:

With those addressed, we can now safely tread what I think about “Bird Box”. 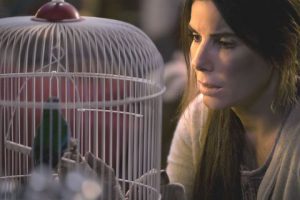 Sure, the birds did signal the presence of the entities, but apart from it not being explained, the box of birds didn’t exactly become the centerpiece of the narrative as the title promises.

However, I do think it is understandable as to why birds were used instead of any other animal. Simply put, (and yes I know it is a cliché) birds signify freedom or our dreams of freedom.

All throughout the feature, the birds were caged and were only loosed in the resolution. And that holds an integral part of the narrative.

Did the birds serve as effective metaphor for freedoms that are deprived of us? Indeed. But again, it is a cliché. 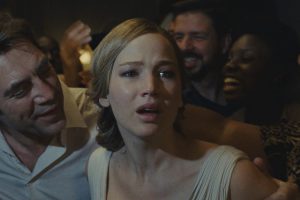 Unlike Darren Aronofsky’s delightfully confusing affair, “Mother!”, Susanne Bier’s “Bird Box” alludes to Yahweh’s constant effort to rebuild His paradise where He, along with His creations, can live in utter joy.

In the feature, we are brought five years into the past wherein chaos ensues in the city without reason. Mallory, as effectively played by Sandra Bullock, is an expecting mother reluctant of her inevitable role. She is one who distrusts any human connection, save for her good-natured sister who immediately became a casualty of the happen..err…event.

Like Jennifer Lawrence’s nameless character in “Mother!” Mallory is the Earth in the verge of destruction with the Father Creator nowhere to be found. The city, the world, is plunged into an end-times scenario where everyone seems to receive judgement through their nameless fears.

Here, the Biblical allusions are rendered with subtlety. However, come the story’s dive into the present narrative, the Judeo-Christian elements come into play in full. 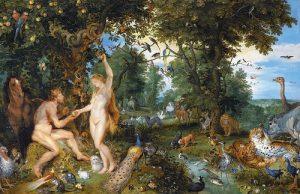 The world in shambles, the present takes place in the vast forests and rivers of America where the unseen entity patrols for easy-pickings. This brings us back to the pristine condition of the world in Bible lore.

This is Eden where evil is free to tempt mankind to open their eyes and see what it passes off as truth. As such, Mallory, Boy, and Girl are constantly tempted by the entity to remove their blindfolds to see what it calls, “beautiful”. It is synonymous to Genesis’ account of the serpent telling Adam and Eve to eat of the fruit so that they may know what Yahweh knows and thus become like Him—so that they may “see” His secrets. But of course, we know how that ended.

Thou Canst Not See My Face

The motif of being forbidden to see things is prevalent in the Bible. From Ham’s sin against his father Noah to the fate of Lot’s wife in the destruction of Sodom and Gomorrah, Biblical characters suffer punishment whenever they satisfy their curiosity by taking a peek at what is prohibited. 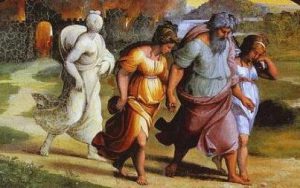 In the case of the first couple, them, seeing and realizing that they are naked, quickly hid from Yahweh, prompting the deity to know of their disobedience and as a result, was driven out of Paradise. Apparently, even the Creator’s face is something not meant for mortal eyes. It is said in Exodus 33:20, pertaining to seeing the Effulgent Yahweh:

“And he said, Thou canst not see my face: for there shall no man see me, and live.”

Only, in “Bird Box”, it’s the other team that signals the warning, only theirs is more of an invitation.

It can be seen (see what I did there?) as an indirect statement that all things invisible to the naked eye keeps our most latent and horrifying fears. These are hidden well-within our psyches and we dare not look at them as it is the key to our undoing, our obliteration.

The evil things that transpired on and off camera are all but necessary to the renewing of the film’s universe. Of course, the nutbags who were infected and in cahoots with the entity, were never shy in saying that it will, “cleanse this world”. 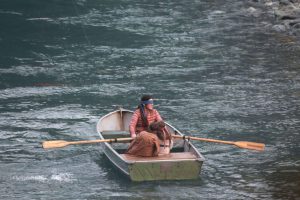 Such is the Biblical concept of the New World Order.

Not dwelling on conspiracy theories involving the Secret Societies and various left-leaning political milestones, the New World Order that is being spoken of in scripture is one wherein the beast of Revelations will hold victory. This is where the Anti-Christ shall reign.

On the other hand, it is also implied that Yahweh is working towards reclaiming His lost paradise. In the end, Mallory and the two children reach the sanctuary where only the blind thrives. Here innocence is apparent. Blindness is, err, seen as purity as they are shielded from the snares of evil.

These two forces come into play and are ultimately in conflict to gain dominion over the already exhausted earth.

In this movie’s version of paradise, Mallory and Tom are rendered as the prototype for the new Adam and Eve. But when Tom dies to save Mallory and the children (in effect becoming the sacrificial lamb in the Tabernacle of the Most High), Boy and Girl becomes the couple of promise in the new Earth, the New Jerusalem spoken in the scriptures as illustrated through the institute of the blind. It is the site of purity where those who inhabit had seen no evil and are therefore intact in their grace. 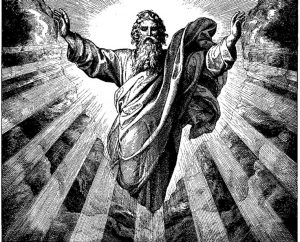 The world outside, as infiltrated by the unseen force is the Beast’s attempt at remaking the world out of his own image, thus explaining the infected crazies running amok and having everyone else take-off their blindfolds.

To See is To Believe

Taken solely as a film narrative, little can be said of the innovation, (should there be any) that Bier’s “Bird Box” had brought to the table.

Sure, the acting was superb with Bullock at the helm and supported by the likes of John Malkovich. Sure, the storytelling was more than decent, although, there was actually no purpose in having to tell the story in a non-linear fashion, but hey, it’s a creative decision. I guess. But the story? Nothing new.

But at its core, the movie “Bird Box”, if seen through the discriminating, prying, and keen eyes of a Biblical scholar, is an interesting work of fiction. It is intelligent in that it permits theorization and discourse, especially in this era of CGI and easy answers.

Would it be worth the second watch? Maybe. Would I recommend it in film theory class? The chances are high.