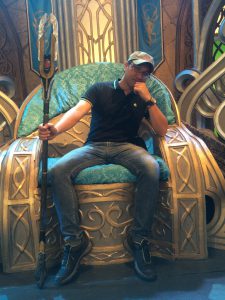 Noel Layon Flores comes off as that cool uncle in the party. He’s your father’s more relaxed brother who suddenly laughs at a stray thought while your grandfather is telling a war story he had experienced first hand. He’s that high school classmate of yours who sits quietly at the corner sketching your obnoxious English teacher. He can be many things. But for sure, Mr. Flores is one of true talent who is critical not only of the industry he is in, but also of the Philippine society itself.

Mr. Flores has been working as a Concept Artist since 1995. And today, he has built an impressive curriculum vitae which includes being a Sculpture Artist, Make-up Artist, Production Designer, Set Production Designer, and Creative Director. Xeno Creatives was given the chance to sit down with Mr. Flores to talk not only about his long industry experience, but also his views on the Philippine television and movie industry. 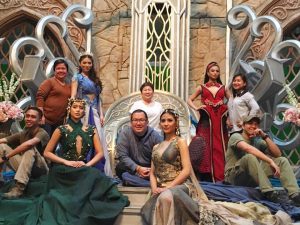 Xeno Creatives (XC): We understand that you came into the Filipino television and movie industry as a Concept Artist. How was that like?

Mr. Noel Layon Flores: Actually the right term for my designation is a Story Artist. A Story Artist is needed when proof of concept is required.

XC: So sir we gather you manage a team for pre-production and production proper?

Mr. Flores: (Laughs) Right now, I am a team of one! I haven’t been granted a team yet despite my need for it. 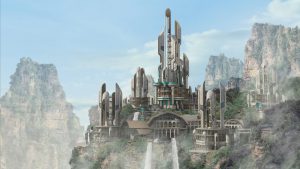 A Story Artist is a special kind of Concept Artist who will dissect and break down all the content of your story and visualize it. And then, in most cases he/she will add sub-stories or backstories for each design; although it’s not asked of him or her, naglalagay siya for his own referencing and for the referencing of the costume makers.

Networks here in the Philippines don’t have any idea of what a Concept Artist truly is. Back in the 1990s, the industry thinks that Concept Artists are only concerned with drawing and designing costumes – that are empty of originality. The networks mandate what the executives want the character to look like, what the characters need to wear and so on. 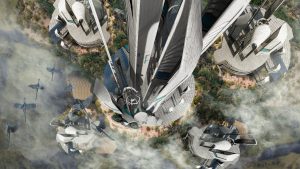 XC: That must have been tough sir. You must have made a lot of compromise to cater to them.

Mr. Flores: Right now, the entertainment industry is not really that mature in accepting or even in understanding the conceptual, visual art of a character of whatever requirement they ask of the artist. The industry is not growing. Understanding and acceptance of designs and concepts are still at the whim of the directors. Kung maintindihan o magustuhan ng direktor okey! Kung hindi, malas mo. 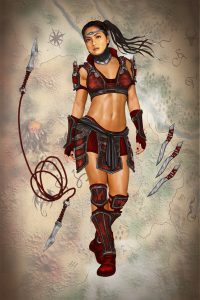 XC: Oh, that’s interesting. But sir, what is the difference between a Concept Artist and a Production Designer?

A Concept Designer on the other hand concentrates more on the particulars. The Production Designer can’t oversee everything. Someone has to look after the details.

XC: Being given the chance to work with you in the past we could honestly say that you have an edge as you have social insight and are really concerned about your craft. Are there other people like you in the industry? 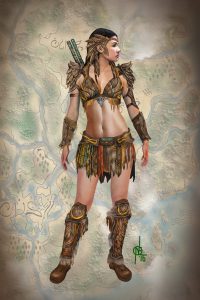 Mr. Flores: There are other people like me in the industry definitely. But the usual situation is, the artist is not able to cope up or handle the stresses of ignorance in the industry.The biggest enemy of the concept artist is ignorance. The Philippine industry executives base all their preferences on what they’ve watched in Hollywood. Even writers are subjected to that. The problem now with writers is that they have been fully immersed and absorbed by showbiz culture; they are drowned by it and they are left with no choice but to succumb to it.

As an artist, Mr. Flores had to deal with projects that curtail his creativity and insight. And as sad as it is, he, along with other equally talented artists, swallows the bitter pill. They are compelled to take on projects that answer to the whims of backward-thinking Executive Producers so that they could come up with funds to start projects that are not only decent but also something they could be proud of. 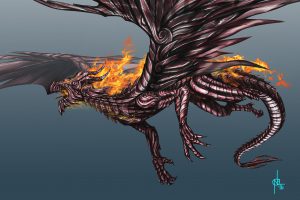 He laughs heartily after this, probably because he had already detached himself from the experience and therefore could make fun of it – or he finds it funny, because it’s sad.

Mr. Flores recognizes the need for real visionaries that would believe in the capability of Concept Artists, something that is somehow already catered to regardless of its scarcity.

XC: Sir, do the networks still give you the liberty of interpretation and creativity to produce your own design?

Mr. Flores: It depends if I am able to explain and make my case well. Such is the case with “Encantadia”. I designed it originally. With the reboot, I was able to make a visual DNA. If there is anything that would come close to its design in terms of concept, if the production wants something they could reference it with, it would be video games. 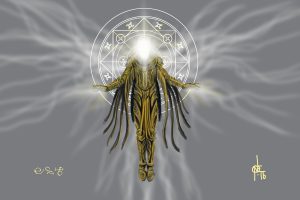 Also, I based off the costumes from cultures and history; from artifacts of a particular society. I just added depth to the design.

Initially, I have a 100% say on the design but once production comes in, it becomes 50-50. This is primarily because of the budget and other considerations in execution. 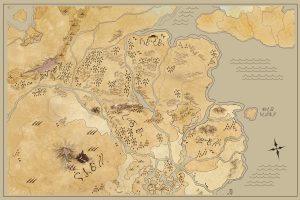 Mr. Flores usually consults with the fans of “Encantadia” not only for validation but also verification of certain elements of the mythology. Apart from this effort, he is also aware of the viewership and of the socio-cultural dimensions of the society. Upon thinking of designs and elements that he needs to integrate in a design, he does not mean to brag, but he admits that upon observation, he seems to know more in terms of handling Encantadia’s storyline properly given its lore and mythology. The problem with most of the local TV network and Film writers that Mr Flores have worked with is that they are still stuck with the old soap opera formula which limits them in exploring the world/universe they are creating.

XC: Given your experience in the industry, do you think the Filipino television and movie industry will still flourish?

Mr. Flores: I think for the mainstream television industry, it’s an unhealthy work environment for the ideal artist. Pero kung ang artist is just there for the money, then why not? 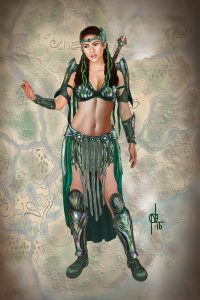 Pero that’s mainstream. Thing is, andami nang venues for Concept Artists now, even in the entertainment industry like yung mga Indie movies. Right now, ordinary artists, ordinary programmers, or ordinary film enthusiasts can make their own movies and sell it to Netflix; you can actually shoot your own movie using just your phone with a resolution na okey and acceptable. You can buy an SLR camera and make your own 15-minuter movie and actually sell it.

Actually yung Concept Artists, they have a venue now, andami na nga e. If you talk about the Internet, it’s actually a bigger market. You can actually sell anything sa Internet. I think as an artist, you will flourish not in the mainstream Filipino entertainment industry but more on the alternate and bigger playing field which is of course the net or the Indie local industry.

XC: What piece of advice or message can you give young aspirants wanting to enter the television and movie industry? 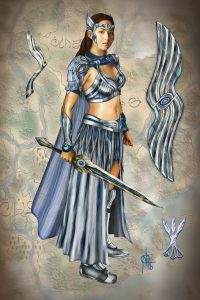 Mr. Flores: If they want to enter the mainstream TV, mainstream movies, they have to be ready to get their hearts broken more than 10 times. But it’s a very lucrative job especially if you still have your values intact. If you just want good money or build a portfolio, then okey lang. Pero if you’re an ideal artist who would want to fight for your design, matinding decision ‘yan. At maraming idealist na artist.

Para sa akin 50-50 e, given the question kung fertile grounds ba ang Pilipinas. I will neither encourage nor discourage an artist who would want to delve into the industry.

Impressive not for his tolerance to the stagnation of the Philippine mainstream television and movie industry alone, but also for his continuous contribution to the scene, Mr. Noel Layon Flores is someone whom every young artist should aspire to be. He does not shy away from discourse to the point of a heated debate so that he could push for a more intelligent resolve; something that he recognizes the Philippine society in general is devoid of.