Chiseled to Perfection: Into the Creative Mind of Digital Sculptor Mr. Leon Enriquez 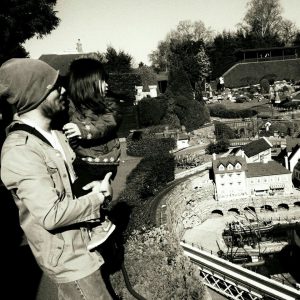 Zbrush artist Mr. Leon Enriquez is an Overseas Filipino with no sob stories to tell. What he has is expertise that has been wrought by continuous study and experience. And much like Filipino artists who are genuinely concerned not only of his craft but of his community, Mr. Enriquez aims at nothing but constant growth.

Looking through his portfolio is proof of this. His works on anatomy invites awe; his creature concepts, fresh. describing his body of work as impressive would be an understatement.

Xeno Creatives (XC): We understand that being an artist such as yourself, you start with the very basic of tools for honing your craft. As such, what processes did you have to learn, given the technical know-how needed for Zbrush, to be well-versed in your discipline? 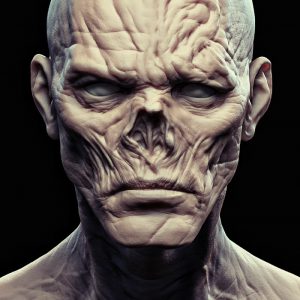 Mr. Leon Enriquez: It was in the year 2000, I still remember working with patch modeling with NURBS in Maya 4.5. Back then modeling was not as easy as how it is today. Computers were not as powerful compared to what we have now. And software tools were so limited. I guess what I gained from that primitive digital modeling age was patience. A lot of it.

Then around 2007 I heard about Zbrush. I was in awe after watching the demo. Unfortunately most local production houses were skeptical about its capabilities during that time. With that, I was not successful in convincing my former employer to purchase a license. I started using the demo version and I think that was Zbrush 2. I instantly got hooked and explored its capabilities. Mudbox has some good features but as of now Zbrush is my weapon of choice. 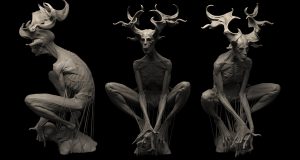 XC: When did you realize that you wanted to pursue this medium? Did it start off as a want or a necessity?

Mr. Enriquez: I always wanted to sculpt at a very young age. My first production sculpt was something that was not released. It was back in 2000 when I sculpted this creature designed by Deane Taylor (art director for nightmare before christmas) using Super Sculpey. From there, I went on sculpting personal stuff using Sculpey. Most of them were comic book characters and Brothers Quay-inspired. Digital-wise, my first Zbrush sculpts were personal stuff. 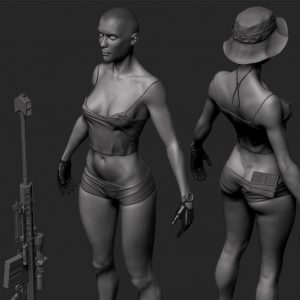 XC: What other subjects are you interested in, or concepts that you would want to explore through Zbrush?

Mr. Enriquez: Almost anything that involves design I think. But mostly, I prefer human anatomy and just creating my own creature or just doodling some forms.

XC: In your spare time, what pieces do you create?

Mr. Enriquez: Being a dad of a toddler it is very hard to find “spare time”. But usually after my daughter falls asleep I spend about two hours doodling around if I still have the energy. 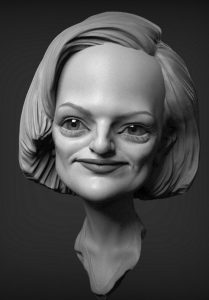 I often do my own creatures during my spare time if I’m not studying Anatomy; just anything to get me out of the production box. I recognize that anything you do inside the production will always be a team collaboration, thus it will not be your 100% call in any aspect. Doing my own thing is like meditation for me.

XC: Have you tried your hands into other media? If so, what was it?

Mr. Enriquez: Traditionally and digitally, yes. Right now I’m planning to try doing things in clay and occasionally, I play around with Mudbox as for me it has a better camera and material plus I love some of its tools and features as well.

XC: If you weren’t doing what you’re doing, what do you think you’d be specializing in? 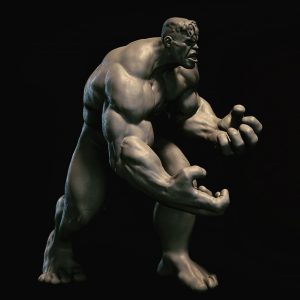 Mr. Enriquez: I’d be a musician maybe. I miss having a band. My entire high school and college life was all about music. Now that I live in the UK, I observed that most people here are very inclined to music and I think they have the sense of respect to individuality and self-expression. I think this is vital to an artist’s growth. Whenever I go to pubs or just even walk on Central London I see a lot of good musicians playing their own thing.

XC: As an artist, do you see the Philippines as fertile grounds for your craft/discipline to advance further?

Mr. Enriquez: There is a massive amount of Filipino talents locally. But most of them carry on with their careers outside the Philippines. 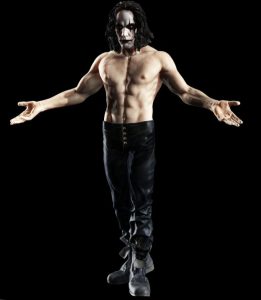 Since 1999 to 2013 I’ve worked with different companies and talents in the Philippines. I think one of the biggest problems that the industry is facing is budget and timeframe. Which I guess VFX and gaming is all about nowadays. And of course chances are, big companies get big artists. Well, not always though (smiles)

It is very interesting how different studios overseas work on the same project. Where as locally, it’s often, if not always, a “one stop” project.

On the brighter side, big companies are starting to recognize the Filipino talents. One of them is Ubisoft Philippines. I’m hoping that someday there will be more investors coming over and I hope artists think collectively with regard to self-respect and mutual goals toward the development of both the industry and my fellow artists. 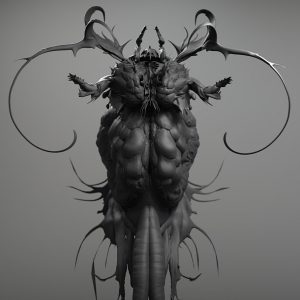 XC: Do you see yourself as one who contributes to the Philippine art scene through this medium?

Mr. Enriquez: It depends on how one considers the Philippine art scene. But personally, when I get to inspire people, it makes more sense to what I do rather than just creating art.

XC: Where do you see yourself in the coming years?

Mr. Enriquez: Whenever I’m ready I might gather some good artist friends and teach. Or do farming maybe.

XC: What piece of advice or message can you give young aspirants wanting to enter the industry?

Just do what you have to do. Relax; enjoy life. It’s too short! But seriously, keep on learning. Avoid making the same errors. Do not be lazy and keep your feet on the ground.

I also suggest to start creating a portfolio and monitoring your improvements.

Dedicated and a true believer of the craft, Mr. Leon Enriquez is a genuine vanguard of the industry that aspirants should strive to learn from.