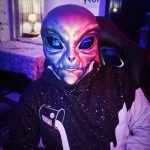 Some things are better seen than heard. With Mr. Megs Empinado, a 3D artist with an impressive portfolio wrought by years of long industry experience, this is not far from the truth.

Mr. Empinado’s artistry through Zbrush is indicative of his attention to the detals of human anatomy. He has a good sense of character design that allows him not only liberty over his creations but a certain originality that he brands over well-known characters of Pop Culture.

Fortunate and completely honored, Xeno Creatives was given a chance to talk to Mr. Megs Empinado as he discussed his experiences that allowed him to advance his craft and call it his own.

Xeno Creatives (XC): We understand that being an artist such as yourself, you start with the very basic of tools for honing your craft. As such, what processes did you have to learn, given the technical know-how needed for Zbrush, to be well-versed in your discipline? 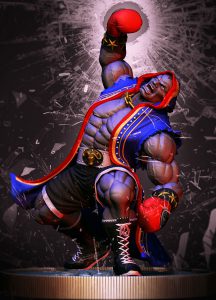 Mr. Megs Empinado: Yeah, learning anything seriously requires some sort of structure. Aside from the fundamentals in traditional drawing, Anatomy study is essential and is a never ending process; you have got to have a good grip on the realistic human form so it will be easy for you to convert it into any stylized version.

XC: When did you realize that you wanted to pursue this medium? Did it start off as a want or a necessity?

Mr. Empinado: I have loved sculpting even before I got into digital arts, and I have known Zbrush since the early days of my career but my interest in 3D printing technology (2010) is the main reason why I got hooked into this field. 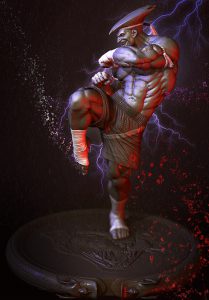 XC: We know (and are greatly impressed) that you are commissioned to produce impressions of characters from popular media, namely Street Fighter and Marvel for 3D printing. But are these really your materials of interest, or do you have other preferences?

Mr. Empinado: Yes! I am a superhero fan. However, I am really a surrealist. Maybe someday I would do something like Kris Kuksi’s.

XC: In your spare time, what pieces do you create?

Mr. Empinado: Honestly it is hard to find time for my personal projects. I have been doing a Hellboy and Namor sculpture since last year.

XC: Have you tried your hands on other media? If so, what was it? 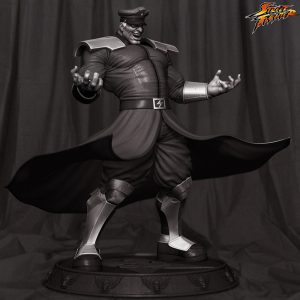 Mr. Empinado: I consider myself something of a self-taught artist. I’m constantly experimenting with all things visual. I did papier maches when I was in high school; clay modeling and sculpting, painting, and scale models during college.

XC: If you weren’t doing what you’re doing, what do you think you’d be specializing in?

Mr. Empinado: Interesting question. Hmmm maybe Carpentry; I think I would work as a carpenter or start my own religion.

XC: As an artist, do you see the Philippines as fertile grounds for your craft/discipline to advance further? 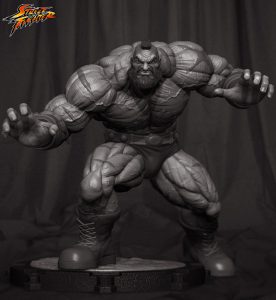 Mr. Empinado: A big YES! Our country is rich with visual artists, animators, performing artists, and many other artists. While until now there is no direct support from our government, Filipinos are still making waves on the international scene, particularly in the entertainment and creative industries.

XC: Do you see yourself as one who contributes to the Philippine art scene through this medium?

Mr. Empinado: Like what I have mentioned, there are numerous Filipino artists who’re doing well in both the international and local scene and they’ve really served as inspiration to our budding artists. As of now I am not that helpful compared to them.

XC: Where do you see yourself in the coming years?

Mr. Empinado: I would like to see myself making my own collectible statues. 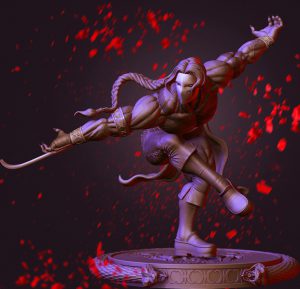 XC: What piece of advice or message can you give young aspirants wanting to enter the industry?

Mr. Empinado: If you do what you love, you’ll never work a day in your life. Marc Anthony

Mr. Megs Empinado is a true artist who does not give in to the compromise that most private corporations impose. He is his own person and unlike a great deal of artists in his milieu, he is one who had already found his style and identity.