The Gods Know How To 3D Print: A Pulse at the HBO Series, “Westworld”

Watching it felt like wandering into a pleasant nightmare. There was a feeling of guilt that one cannot easily place, like you are watching something that your eyes are not allowed to see. Such is the effect of “Westworld”. 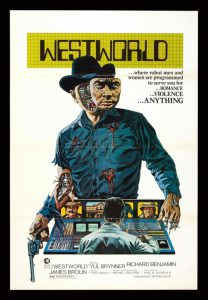 Based off of Michael Crichton’s 1973 movie of the same title, “Westworld” tells the story of a company that created a simulated old Western world rife with androids called “hosts” appearing impeccably human complete with every human flaw. Tensions rise when an old host programmed as an old, retired Sheriff and former professor threatens his creators, Dr. Robert Ford (Anthony Hopkins) and Bernard Lowe (Jeffrey Wright) with a reckoning; something that he or any other android is programmed to be capable of.

The first episode opened with two unlikely, seemingly sex-starved pair venturing into West World, with Logan, (Ben Barnes) a dark-haired 30-something scruffy douche of an oaf goading the innocent-looking William (Jimmi Simpson) to let loose and succumb to the wiles of the simulation.

Diving deeper into the simulated world, we find the “Man in Black” (Ed Harris), a mysterious

The second episode throws the entire Westworld into chaos when the host programmed as an outlaw, Hector Escaton (Rodrigo Santoro) goes on a killing spree with his bloodthirsty female crime partner exposing cracks and surfacing fears that the creators of Westworld would be desperate to hide.

To say the least, “Westworld” tells nothing new, but what it had done to an old material is to imbue in it a sense of brilliant verisimilitude. The series had upped the stakes, grounded the narrative to the world’s current socio-political situation and alluded to ancient mythologies.

Here the gods are alive and well, and they pit host against host inadvertently through their tightly-knit personal narratives. A scene on the second episode takes cues from a scene of the original “Clash of the Titans” where the gods watch at how Perseus would triumph in the face of the perils of the sea. The Westworld showrunners look down upon their creation as the old Greek gods had done, observing how the mere androids would prevail from Hector’s attack. 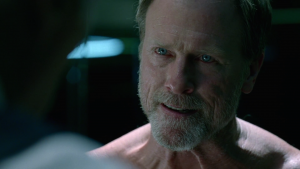 Especially eerie was the confrontation scene between Dr. Ford and the old host wherein the former had started to realize that what they had created would not stay obedient to their programming; that they are starting to think and feel. This had been reinforced further by the silent and unconscious realization of the host’s daughter, Dolores Abernathy (Evan Rachel Wood) that against her programming, she is starting to feel.

Tastefully done through impressive cinematography and good storytelling, Westworld had started strong. It is a series worthy of mainstream attention. It brings a lot to the table: a multi-layered story molded by its well fleshed-out characters, an analysis of societal fears, and a hard look into power play echoing Biblical narratives. 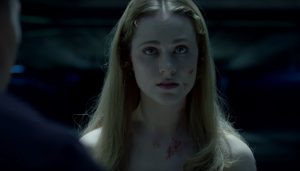 Do we dig deeper into this world? Indeed. And despite the horrors that it might bring into the future of the narrative, we are assured that it is all for the greater understanding of the society’s uncertain future.