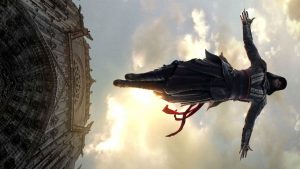 It’s not perfect. That much we know. And from the mixed reviews that it has received prior to and after its release, “Assassin’s Creed” had proven to be quite a hot topic among genre nuts around, especially those that have been avid players of the video game.

It’s definitely not perfect, but the movie’s project is one of note and definitely should not be taken lightly.

Existing in a backdrop of fictional Spanish religious history, “Assassin’s Creed” takes cues from the game franchise but boasts of an “elsewhere” story. This departure from the original game narrative which sees the exploits of one Aguilar de
Nerha being accepted in the elusive, “Assassin’s Brotherhood” had expanded the game mythos considerably while attempting at a social discourse. 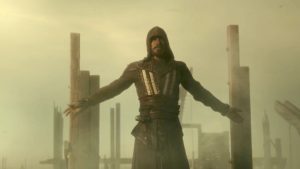 Led along the trail of finding the mythical “Apple of Eden” Aguilar goes against all the evil that the Order of the Knights Templar had contrived. The present day finds convict Callum Lynch facing death row for the crime of killing a pimp who tried to mug him. Callum, as the narrative would have it, is the product of a broken home that saw the murder of his mother in the hands of his own father when he was but a little boy.

Effectively setting the stage for the movie’s statement, this rendition of the “Assassin’s Creed” universe is one being driven to dystopia which the Order of the Knights Templar aims to exploit so that they may establish their reign of complete obedience. It is through this that the quest for the Apple of Eden is made into a mere smokescreen for the Order’s political interest.

With the Apple of Eden as the central image of this Action-Adventure/Sci-Fi-Fantasy film, themes such as Individuality and Free Will come into play. 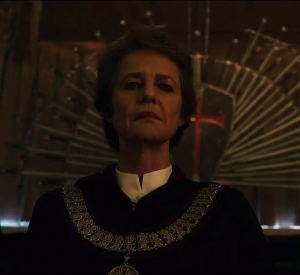 Free Will, A Poison

Assassin’s Creed questions the very foundations of present day societies through a statement made by Abstergo Industries Chairwoman of the Board, Ellen Kaye. In a confrontation with CEO Alan Rikkin, she says that the political concept of Freedom is no longer a concept that societies strive to uphold. This is owed to the higher sense of individuality of the members of the society, one that values self-image more than the welfare of the many. As such, Free Will is seen as a poison that diminishes political struggles meant to achieve the greater good. 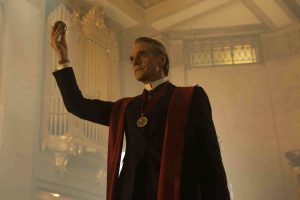 Strongly suggesting dictatorship, the Order goes through lengths to acquire the upper hand for control as it stops at nothing to acquire the Apple. Here violence, as a social evil more than a primal inclination, is utilized as the prime motivator to drive the Order’s political interest forward. Such is the strength of this motivation that it had even allowed the deceit between father and daughter, Alan Rikkin and Sophia Rikkin, with the latter receiving the sharper end of the deceit. 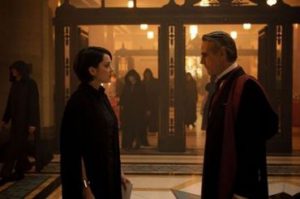 The film looks us hard in the eyes with its timely statements meant to make a dent in the world’s Zeitgeist. Assassin’s Creed recognizes that our inclination toward selfishness and thus the lack of social commitment would only lead to rise of sadistic, Authoritarian forces. This irresponsibility of the present generation would be the architect of its own demise.

Alluding to the mythical Apple of Eden, we all bite into the knowledge of Good and Evil thinking that, against all sound
judgement, we know better. 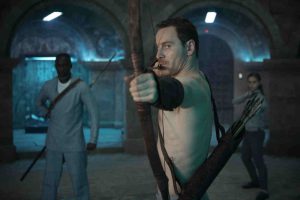 While lacking in luster in bridging the video game narrative and the widescreen universe, the film, “Assassin’s Creed” is a true work of intelligence. Few are films this intellectual in this entertainment landscape rife with cash-grabs and spectacles of easy-answers.

More films such as “Assassin’s Creed” are needed in the arsenal of the Video Game-Film Adaptation genre.