Alien: Covenant: Ridley Scott Does Good With His Promise 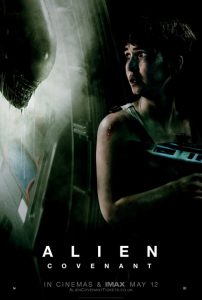 Ridley Scott’s latest entry in the revitalized “Alien” franchise is not great, but it managed to tell a poignant and intellectual story while integrating all elements of a good sci-fi/horror film.

Much like its title, “Alien: Covenant” promised to tie some lose ends that were left hanging from its much maligned predecessor, “Prometheus”. And it had effectively done so. While it did bring confusion to a great deal of fans and non-fans, “Prometheus” did possess a rich material that could have been brought to fruition had the screenwriter and director polished its story-telling.

In “Alien: Covenant” we are brought back into Scott’s speculative future where humans, despite the advancement in technology have not actually encountered extra-terrestrial life. Masterfully done, the film excuded the same claustrophobic vibe that “Alien” had. The uncertainty and the unshakeable sense of foreboding tragedy is prevalent across the narrative up until the apparent appearance of the Neomorphs and the Xenomorphs. Yes there are indeed two Alien species in the film. Let us explain further.

The Neomorphs and The Xenomorphs

As “Prometheus” had had an abundance of literary silences, it had failed to even subtly explain as to how a different-looking parasite emerged from the body of an Engineer in its last scene. In various forums and websites, it had been said that the creature was not, in fact, a Xenomorph. It is a parasitic being called, The Deacon. It was called as such with consideration to its elongated and pointed head that resembled a Bishop’s headdress. Now, fans were quick to assume that it was a Xenomorph with anatomical features, given that it had emerged from a different source. The theory is given validation upon recall of the Xenomorph in “Alien 3”. Here the Xenomorph crawled on all fours instead of standing upright. It was so because it had emerged from a cow (or in another movie version, a dog). 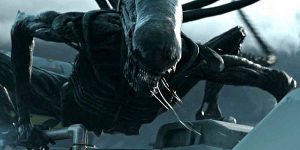 However, what the theory discounted is the possibility that it could have been a variation of the same specie itself, especially that it had emerged from a host of a different genetic make-up. In “Alien: Covenant” this is exactly how the android David, the only surviving member of the Prometheus expedition, had explained it. He suggested, quite proudly, that the mutagen responsible for the alien specie had taken different forms through the duration of his study about it. The first creature to appear in the film was a Neomorph, a white parasitic, and almost eerily humanoid creature which lacked eyes and visible openings for a nose. It is just as fast as the more popular Xenomorph and quite as deadly. It sprang from its human host after a short period of gestation that starts upon the unconscious inhaling of black, minuscule spores from the Engineers’ planet’s vegetation. The Xenomorph, of course, had also made an appearance and its most recent interpretation had not failed to horrify.

David’s explanation as to how the creatures vary is most satisfying in that it simplifies the difference in birth and development of the parasite. 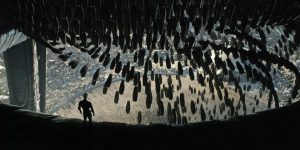 The horror in “Alien: Covenant” had been most effective s it brought back the isolating feeling that the original movie had been successful in doing. The stakes were high and the terror was almost delicious. Audiences are thrust into an alien planet that supposedly sheltered humanity’s creators, only to be shocked that they fell prey to their own cataclysmic weapon. And even more terrifying is that their once flourishing world had been inhabited by an android who had been playing God along with with his abominable creations.

David’s ascension to false godhood is riveting and terrifying in that it had encapsulated man’s contemporary inclinations. Metaphorically speaking, modern man, in his relentless pursuit of scientific greatness and advancement had “killed” God. This had lead to our fall into decadence and the release of various social abominations. Like David, man had succumbed to his own machinations that had left his own actions unchecked. Nothing could be more apt than what David had recited when he paid his respects to Dr. Elizabeth Shaw whom he killed himself:

‘My name is Ozymandias, king of kings:
Look on my works, ye Mighty, and despair!’
Nothing beside remains. Round the decay
Of that colossal wreck, boundless and bare
The lone and level sands stretch far away.

Ozymandias, otherwise known as Ramses II in Egypt, boasted of his authority and exploits, but to no audience. There was nothing to stand by his pedestal but a fallen city with its ruins stretching into nothingness. Percy Shelley’s poem was used to mirror not only David’s declaration of godhood but also the downfall of the Engineers’ civilization; their apparent demise expedited by their very own biological weapon. As such, nothing had remained that would attest to their scientific advancement, not even man who had reduced them to mere myth in his struggle to gain a false sense of self.

Of all the entries in the “Alien” franchise, by far, “Alien: Covenant” manages to be the one that effectively weaves philosophy, horror, sci-fi, and action into a single film. Its religious allusions are apt and organic to the film’s thesis and motif. While the title refers to the colony ship in travel, it echoes various elements in Christian mythology. One almost apparent allusion would be the Arc of the Covenant, a divine tech that is coveted by all rulers and smites those unworthy who touch it. This is seen through the tragedy that had befallen Dr. Elizabeth Shaw who had been lost in space and had finally fallen in the hands of David after seeing her creator.

The title can also be seen to represent Yahweh’s delivery of the Israelites to the promised land after all their tribulations before and after their liberation from Egypt.

Finally, “Alien: Covenant” may refer to a perversion of Yahweh’s promise to never let a deluge be lose again on the face of the earth.

Ridley Scott’s “Alien: Covenant” is a masterful work of horror/sci-fi. Scott’s efforts to rectify what was lost in “Prometheus” without having to look past the material had not been in vain. For what its worth, the movie could easily be one of the best sci-fi stories told in film, leaving fans anticipating as to what the franchise may come up with next.