A “Deadpool” Animated Series Coming In 2018; Donald Glover To Produce 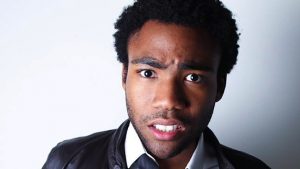 Can’t get enough of the Merc with the Mouth? Well it seems that you’d be seeing more of Deadpool in the near future. And we’re not just talking about the Deadpool sequel.

Marvel TV chief, Jeph Loeb revealed recently that FX, the network that brought “Legion” is picking up a Deadpool animated series. Yet to be titled, the show would run for 10 episodes with Donald Glover said to produce.

A Jack-of-All-Trades, you may know Donald Glover from projects such as “Community” and the breakout hit, “Atlanta”. He would also be starring in the upcoming “Spider-Man: Homecoming”, the remake of the “Lion King” and 2018’s Han Solo movie.

For this project, Donald Glover would be collaborating with his brother Stephen Glover. The series would premier at FXX set sometime in 2018.

The movie “Deadpool” released in 2016 was a massive hit, expanding the character’s audience and solidifying Ryan Reynold’s place in the superhero universe.