Canary Cry No More! Laurel Lance Is Alive On “Arrow” 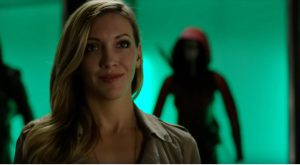 Perhaps the biggest surprise that Arrow fans got from the midseason finale was the sudden appearance of Katie Cassidy’s Laurel Lance in the last few seconds of the episode.

The web was rife with anger posts and belabored articles stating how the writers and showrunners of CW’s “Arrow” had done the character, Dinah Laurel Lance aka Black Canary, whose comic book existence had spanned a good 75 years, a great injustice. For the most part, the writers, prior to the fourth season where Laurel had seemed to take the backseat and became nothing but an extra hand in fighting scenes, had done a good job in fleshing out the character. In that, she actually had character development; from a seemingly scorned ex-girlfriend with a law degree to a hopeless alcoholic to a true hero. 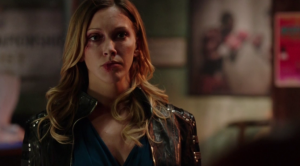 Of all the characters within the series, Laurel was actually Oliver’s mirror. She had had her own metaphorical island pestered with demons she had to struggle to defeat. And when she finally took the upper hand, she emerged as the Black Canary: a hero driven by the desire to seek true justice. Looking at how her hero persona had surfaced, she is actually more of a hero compared to the Arrow and her sister Sara’s The Canary as both are motivated by the darkness of their own emotional struggles – trying to hide their demons through a hood and a mask. 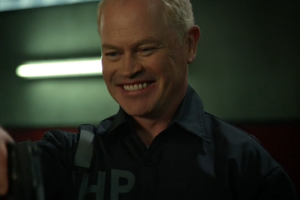 With Laurel’s murder in the hands of Damien Darkh, fans all over had fallen into distaste for the series, bashing what the showrunners had preferred to put the spotlight on which is the Oliver and Felicity pairing or more popularly known as “Olicity”. But it seems that the “Arrow” writers and showrunners had listened to fan clamour and had brought back Laurel Lance into the fold. However, what is still unclear and subject to a lot of geek debates is how is she brought back to life.

Numerous fan theories abound and a majority of these are echoing what producer Wendy Mericle was quoted saying last October:

I can tell you that we’re really excited about having her back. You will see in the episodes where she appears – Episode 510 definitely, our midseason premiere. Keep your eyes out for that. We’re so excited about getting to work with her again and her willingness to come back. It’s one of the fun parts of the show. People can leave and get killed and you can still find new and crazy ways for them to come back. I can definitely tell you that there’s a way we’re going to bring her back and she’s going to be alive and well. And Flashpoint might have a little bit to do with that. 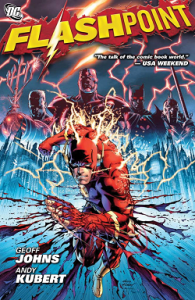 Flashpoint. Probably one of DC comic book’s strongest series crossover events. The event told the story of how Barry Allen went back in time to stop his mother from being murdered, causing what was a called a “Time Boom” that ultimately altered the course of time. In the comic book, Barry’s interference with his personal history had caused the strife between Diana Prince aka Wonder Woman and Arthur Curry aka Aquaman that brought the world into a clash of apocalyptic results. In the series, “The Flash”, the time repercussions had concentrated on a micro level without even the hint of a worldwide power struggle. This had meant that the changes in history had focused solely on the personal lives of Arrowverse’s characters, with the most obvious changes being on Barry Allen himself, Wally West, Cisco Ramon, Caitlyn Snow and Star City’s John Diggle. With the integration of “Flashpoint” into Laurel Lance’s resurgence, fans everywhere are both excited and wildly speculating as to how this could be played out. 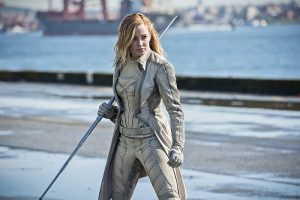 However some fans completely depart from Flashpoint, believing that Laurel’s time-travelling former assassin sister, Sara, now known as the White Canary, has had a hand in it. They are looking into the possibility that Sara may have done one of the following:

a. Pulled Laurel out of time prior to being killed by Damien Darkh,

b. Took the close-to-death Laurel to the Waverider so that Gideon could heal her through advanced tech, or

c. Killed Darkh in an earlier era so that Laurel’s death would not have occurred in the first place.

The third being quite a great deal of a gamble as Damien Darkh played such a huge role in Arrow’s fourth season.

Another popular fan theory is how Laurel could have been replaced by her Earth-2 counterpart, The Black Siren. In DC comic book mythos, the original Black Canary have had a number of reimagined origins, but one of her most original sees her as a crime-fighting hero who came from Earth-2, following the death of her husband, Detective Larry Lance. With “The Flash” taking great liberties with revising Dinah Laurel Lance’s Earth-2 character, taking cues from other sources such as DC animation and turning her into a villain, turning Earth-2 Laurel into a hero that her Earth-1 doppelganger was could be quite a challenge. It is noteworthy however, that the Earth-2 version had an actual Canary Cry, something that Earth-1 Laurel had to have Cisco Ramon create through Star Labs tech. 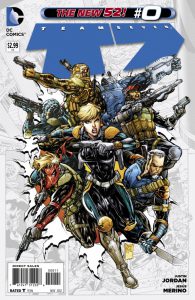 But it is actually surprising, since the series had turned its attention to an alternate version of Laurel, why hadn’t fans theorized that maybe what they’re looking at, as far as Earth-2 Laurel is concerned, is an operative of “Team 7”. While it was originally Dinah Drake, (Dinah Laurel Lance’s mother in the comics) who was a part of Team 7, it could be that Earth-2 Laurel Lance became a lieutenant for Zoom as part of a military attempt to bring the speedster down. Only, to her misfortune, before she could complete the mission and extract herself from it altogether, the Star Labs team was able to apprehend her. If this were to be followed, Earth-2 Laurel Lance would not have such a difficult transition to become a hero that Earth-1 could look up to. 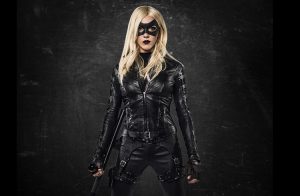 Indeed, this resurgence of the Black Canary in “Arrow” opens up a lot of possibilities for the character. And while fans are up to their heads with possible scenarios that would explain her return, this creative decision by the CW should be seen as an opportunity to enrich the character further.

The true explanation to Laurel Lance’s resurrection is yet to be revealed on the 10th Episode of Arrow Season 5 when it returns to the CW on January 25, 2017.