Just when you thought the craze was over, Niantic just announced that 80 more Pokemon are set to appear in “Pokemon Go” this week. The reveal confirmed that the Pokemon would be coming from the Johto region of Pokemon Gold and Silver which includes, Chikorita, Cyndaquil, and Totodile. 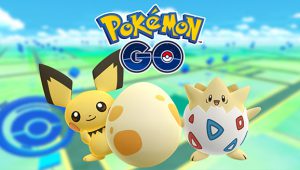 But not only that, the official report also stated that apart from the new characters, the game would also be adding the following elements for a compounded “Pokemon Go” experience:

a. Encounter Gameplay
b. Evolution Items
c. Two (2) new berries:
c.1. Nanab Berry (slows a Pokemon’s movement)
c.2. Pinap Berry (doubles the Candy count upon success of the next catch attempt)
d. Expanded outfit and accessory options for Trainers’ avatars. This would include additional hats, shirts, and pants among others. Niantic disclosed that the new items can be purchased for real money.

Owing the new developments to hard work, Niantic CEO John Hanke, stated that the announcement had been a “momentous occasion” for the game development team. Hanke added that they would continuing with the support and development of new and exciting gameplay features as well as in-game and live events all catered to avid “Pokemon Go” players.

Exciting fans further, Hanke informed that monster trading and PvP battles for the game are currently in the works. One of these features was already supposed to be released earlier but was hindered due to some server issues.

To date, “Pokemon Go” had already made $600 million within the 90 days of its release, all of which had come from microtransactions as it is a free-to-play game.