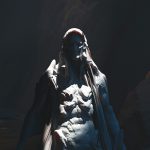 Mr. Alexander Lee is not just an artist in the field of VFX and animation; he is an innovator who thinks five steps ahead of his current situation. He had already assumed multiple roles in the industry that had pushed the discipline in directions not only beneficial to him, but the craft as a whole.

Mr. Lee had been mentored in Anatomy through Scott Eaton courses in anatomy and digital sculpture and Gnomon courses in sculpture, Visual Structure, and Animation.

While his experience might possibly prove handful to his peers, Mr. Lee is more than willing to submit himself to experience to advance his know-how as a contributor to the digital art community.

And being at the young age of 26, we can expect that he would be able to do more and contribute more. 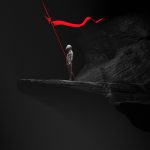 Xeno Creatives is more than proud to have had the chance of asking him for an online interview. Detailed here are Mr. Lee’s thoughts and advocacy as an active part of the digital industry.

Xeno Creatives (XC): Has producing 3D art always been a passion for you? How were you involved initially in the 3D industry?

Alexander Lee (AL): I actually got into animation through Lego stop motion. As a child, I made tons of these films – I’d build my own sets and characters, and animate stories based on “Star Wars”, “Indiana Jones” or whatever else I could imagine. It was amazingly fun and led me to eventually pick up Blender for 3D animation when I was in high school. Since then I’ve been obsessed with creating digital animation with a sculptural aesthetic, and have gotten into the game industry as well.

But I always try to find ways to maintain that sense of fun and creativity that I experienced when creating Lego stop motion. Looking back at what originally got me into animation always helps me overcome burnout and artist’s block and refocuses me on what’s really important. 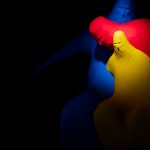 AL: When I was around the age of 13 I saw a Lego stop motion film called “Breathing Space” with some cool VFX created in Blender. That was my initial push into digital animation – which seems funny looking back, because now I prefer the look of raw stop motion that hasn’t been composited or post-produced at all!

Once I started using Blender I realized that this was the sort of technique used to make the Pixar films I loved, and digital animation became my primary interest. Shortly afterward I got into the work of “Gustave Doré”, Klimt, and other artists, and my focus shifted more toward figurative art and anatomy. Nowadays, I’m really inspired by the stop motion work of Phil Tippett, the Lauenstein brothers, and Jan Švankmajer. 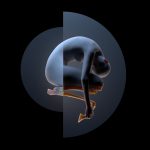 AL: This depends on what I’m working on! As a technical artist for VR games, I spend most of my time finding solutions to production pipeline problems, such as batch exporting animations to the game engine, or adding features to auto-rigging tools, and most of that work is done in Python. As the task calls for it, I may also rig portions of a character manually or clean up the mesh or skin weights.

For my own animation work, it’s quite different. I sculpt characters in ZBrush and rig them in Maya, and then take them back to ZBrush for final animated sculpting. Any particular day could be spent sculpting, animating, or setting up renders.

AL: 3D software is full of bugs! It’s not glamorous, but working around those bugs is often one of the biggest challenges for me in my role as a technical artist. My goal is always to minimize the amount of software-induced pain experienced by the other members of my team while animating or setting up rigs.

In my personal work, achieving clean anatomical forms on a figure sculpt is always a huge challenge, but that also makes it so worthwhile. On the animation side, it’s very interesting to solve the problem of creating a feeling of weight and physicality in motion.

AL: Yes, I’ve been fortunate enough to have plenty of work, primarily in the game industry. It’s a very dynamic place and it’s always cool to see the new ways that are being invented to experience gameplay and story, such as VR and AR. I really enjoy contributing where I can to push the field forward.

XC: We’ve seen your works online and we must say, your collection is indeed impressive. Your attention to detail and sense of anatomy are awe-inspiring. Do you have favorite pieces? If so, what would these be and why? Also, what would you consider your biggest or most exciting project to date? 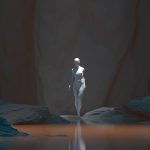 AL: Thank you! I’m most proud currently of my ZBrush animation work, because I feel like it offers a new way to represent characters in motion. Back in March 2019, I developed a set of scripts for Maya and ZBrush that allow me to sculpt on every frame, to achieve things like 3D sculpted smears for motion blur, muscle deformation, fat jiggle, stretched proportions, etc. I’ve been using these tools all year to make some short animations, and I’m super excited to continue to create some longer story-telling sequences with this technique.

AL: My ability to work across disciplines is probably my greatest advantage in a production pipeline. I don’t find many character artists who want to muck around in C++ code, but somehow I’ve found myself filling both roles at various times.

AL: I would definitely spend more time composing music! It’s my biggest passion outside of visual art, and I used to write soundtracks for my stop motion films. I want to start to incorporate more of my music into the longer storytelling animations I’ll be creating soon.