Tomb Raider Reboot Gets a Teaser Trailer and a Poster!

by Joshua Diokno   September 19, 2017    0
After more than 15 years after the first iteration, Warner Bros and MGM comes out with a film reboot to one of video games’ fierce female characters.
Portrayed by the versatile, Alicia Vikander, Lara Croft is a 21-year old who is haunted by her archaeologist father’s death, compelling her to set out to a mission to recover him.
Watch the amazing teaser trailer here! 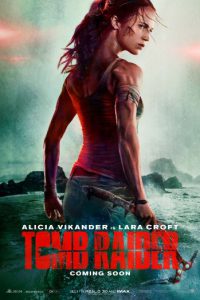 Tomb Raider is set to be released on March 16, 2018, by Warner Bros. Pictures. The film will also be released through IMAX 3D and RealD 3D release.