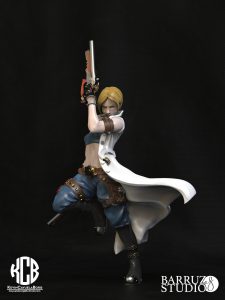 Mr. Kevin Cayuela Borg is one 3D artist we really admire. He has a lot going for him and these did not happen by chance.

To say that worked hard is an understatement. While art had always been a passion for him, he never took the discipline lightly. He treated it as serious work as he recognized that being good at something isn’t the end goal. Being the best that he can be in the discipline is.

When he met Mr. David Fernandez Barruz, he wasn’t merely at the right place at the right time—he was where he was supposed to be. Being taken in as an apprentice by someone you look up to might sound like pure luck, but this doesn’t seem like the case. For what it’s worth, it’s all a product of dedication and consistency.

Xeno Creatives got the chance to interview Mr. Kevin Cayuela Borg. We are truly honored to be given the time by such a promising artist.

Xeno Creatives (XC): We understand that ZBrush is a relatively new development. As this is the case, much technical knowledge is needed to get used to it. What processes did you have to learn to be skilled in ZBrush? As someone as dedicated as yourself, how did it help you to be better in your craft?

Kevin Cayuela Borg (KCB): The point of ZBrush is you don’t need a lot of technical knowledge to start, if you have artistic knowledge in drawing /sketching, anatomy or traditional sculpture, you can easily start creating and experimenting with the software. But if you want to be a professional, for example, prepare a character for production (this is what I do), you need to know some technical tricks. 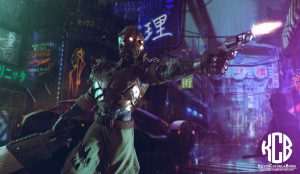 I did a formation for videogames and there is where I started to use ZBrush, complementing principally with 3dmax and Unity. When I finished it I made a specialization in ZBrush for 6 months. There, I learnt a lot of technical tricks from my teacher David Fernandez Barruz.

As soon as I finished the course, David took me as his apprentice in the world of miniatures. We did several projects together and I had the opportunity to learn a lot about the process, to do the work quicker and better, and to prepare it for production.

ZBrush offers different ways to do exactly what you want to sculpt. It’s a software specialized to work with a lot of polygons (high poly) and many details/parts as subtools, made to work separately. From my point of view, this makes this software the best one to work on miniatures or sculptures.

XC: When did you realize that you want to produce 3D art through ZBrush? Are there other media you would want to further your discipline with? Or would you want to just focus on ZBrush? 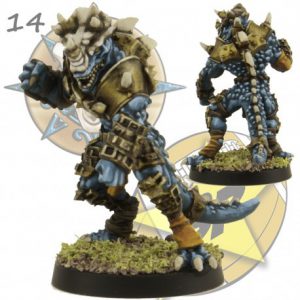 KCB: I followed the steps of my teacher as a professional in miniatures and 3d Modeling. When I physically had the first miniature that I modeled with the help of my teacher (the lizardmen Bloodbowl team) in my hands, the only thing that entered my mind was: I want to do this for the rest of my life.

I don’t work with ZBursh alone; I use 3dsMax to make some things and Keyshot to make the renders. Now I’m testing some new software to improve my miniatures like Marvelous Designer to make the fabrics. I also want to test Octane to make better renders.

Of course my main software is ZBrush and I want to focus on it. However, if I worked with only one, I would stay behind in the industry. In this world of 3D modeling, you need to improve yourself, to test new tricks in other software and to try new ways to do different parts of the model constantly.

XC: Were there other media that you used before ZBrush? What were these?

KCB: As I told in the first question I used 3ds max, Mudbox and a bit of Blender before ZBrush for modeling, and Unity for implementing the 3d model in the game. 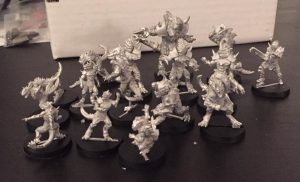 XC: How did you start with 3D art? Was it more of an interest rather than a just a source of income?

KCB: I have always loved the art and the sculpture, when I was younger I saw some classic sculptures for real in Italy and I was completely stunned. The perfect anatomy, gestures and fabrics seemed incredible to me. I wanted to do something like those but I knew it was impossible to earn like so in this century.

When I became a bit older I was stunned with the details of the first and second Assassin’s Creed. My new goal was to make those kinds of characters for games, it was something more realistic; difficult, but realistic.

I studied a video game course for 2 and a half years but didn’t finish it with enough skills to get into Ubisoft (of course) hahaha. Then I did a course in Organic modeling in ZBrush. That was the formation that better fitted my goal. And well, you know the rest hahaha.

Answering the second question, of course I didn’t start 3d thinking about it as a source of income.  I think no 3d modeler starts with that in mind, we just work hard and if we are lucky, we can get some money doing what we really love. 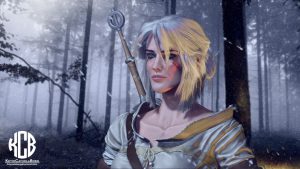 XC: There is no other way of expressing it: your works at Art Station are awesome! Your creatures are such a visual treat; the concepts had a certain freshness and novelty to them. Do you have favorite pieces? What are they and why?

KCB: Hahaha! Thanks. But you put me in a compromise! You’re asking me to choose between my kids; that’s a difficult decision. I really loved sculpting the Marauders, specially the 4 arms guy and the one with octopus arms. This kind of mutant Vikings were very fun to sculpt.

I really love the last miniatures made for the upcoming Game in Kickstarter Alien Adventurers, Tusk, Grim, and Dru female. I really put a lot of love and details here and I have beautiful images / renders of these ones, made in Octane with my friend David González Osuna.

XC: Whom can you say are your influences and what attracted you to them? 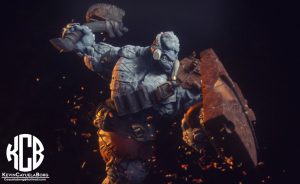 KCB: My principal influences are from David Fernandez Barruz, the way I sculpt is from him, from his tricks and his workflow. What can I say? I have been his apprentice hahaha.

When I started the Master Class I didn’t know that he would be my teacher and I was pleasantly surprised because I had been following his work. I really love the gestures and the history he tells with his miniatures. I started following his work when I saw Jessica Thunderhawk and the Going West Project.

XC: What other pieces do you still want to create?

KCB: I really like this question! My dream is to do 15/30cm Anime Characters figures like Dragon Ball, One Piece or Studio Ghibli Characters.

XC: With the nature of your works, do you also see yourself being immersed in Game Character Design?

KCB: Yes, of course! In the future, maybe if I work hard and focus in this type of work I can be a character artist for a game company; it’s one of my prospects.

XC: Has working for television and film ever been a prospect for you? 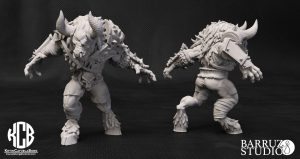 KCB: Yes, I think about this too. 3d Modeling has a lot of professional outlets. You can be a Character artist in the videogame industry, make some commercials for television, produce some miniatures, sculpt big figures, make baby dolls, even sex toys hahaha! Lots of things can be made with 3d.

Coming back to the question, if someone contacts me to do something for television or cinema I’ll be glad to work with him.

XC: If you weren’t doing what you’re doing now, what do you think you’d be specializing in instead?

KCB: I think if I didn’t have work on the miniature world, I would make some Anime figures (for my portfolio) prepared to produce. If I didn’t find a job with those, maybe focusing on the Game Character Artist job would be a possibility too.

But I hope I will always have miniature projects because I love having them in my hands after they have been produced. 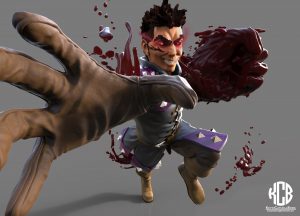 XC: What advice or message can you give young aspirants wanting to enter the craft/industry?

KCB: This is a constantly-rough job. If you don’t really like it you will have to leave it.

If you love the Digital Sculpture, don’t surrender and enjoy the work. You can make a living thanks to the art—that is if you work hard!

Much can be learned through his experiences. In this fast-paced world where recognition can easily be gained without lifting a finger, Mr. Kevin Cayuela Borg’s journey into becoming a true artist is truly inspiring. He deserves all the success that he can gain from the industry.