The Success of GMGC Manila 2017 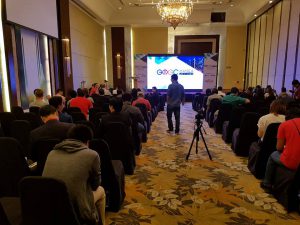 Gracing the halls of the EDSA Shangri-la hotel, the Global Mobile Game Confederation (GMGC) Manila 2016 made waves by bringing together all the promising minds in the gaming industry. The two-day event which fell on the 12th and the 13th of January brought to the table matters of innovation within the industry.

As an organization, GMGC was founded in 2012 as a global platform for mobile developers, game publishers, investors, distributors and game development companies. Though young, the GMGC had become a force in the further development of the gaming industry.

Noteworthy is the talk given by GameFounders Investment Partner, Reinaldo Romand. In his discussion, “The Opportunities in VR/AR Gaming” he had outlined his projection of the growth of the technologies concerned, making it seemingly apparent that Personal Computers, with the rather rapid growth of VR and AR, would see its hold on gaming decline considerably.

Intelligent in his speculation, the popularity of the platform is not without incident given the present-day societies’ penchant to rid all activities of knowledge acquisition of physical, positivist implements, (not inclusive of course of VR goggles and of its auxiliary devices). 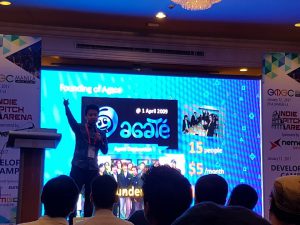 Entertaining in his narrative and altogether educational in his antics, Agate Studio CEO, Arief Widhayasa laid out the skinny on how the studio inched its way towards self-sufficiency. Terms like, “illegal” and “stupid” were used benevolently to describe the studio’s decisions to get where they are now. Agate Studio was made into an example as to how start-up studios can flourish despite many hurdles and bad company decisions. To date, the studio had released games that most of Indonesia, its home, had come to know. 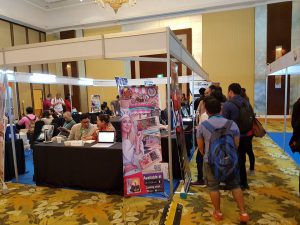 The event also showcased a lot of young studios and groups with the likes of PlayLab, Altitude Games, Sanuk Games, Game Plus, GDAP
and more. Booths with game demos offered attendees and participants of a look into how the gaming scene in the Philippines,
no matter how small, is not limited by its capacity to come up with games that are not only fun-filled but also intelligent and visually appetizing.

To say that the GMGC Manila 2016 was successful is an understatement. The industry would definitely be looking forward to its future events.