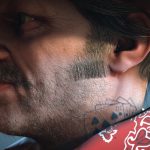 Mr. Mihail Lupu: has been in the 3D industry for a solid 11 years. He had furthered his expertise in the trade through a Master’s degree in  Sculpture at the National University of Fine Arts in Bucharest, Romania. Now affiliated with: Gameloft Bucharest, Mr. Lupu has set the bar for himself quite high, while keeping his feet to the ground.

Xeno Creatives is more than proud to bring you this short feature wherein we were allowed to get to see Mr. Lupu’s life starting in a household already inclined to the arts and his journey toward finding his own place in the industry.

Xeno Creative (XC): As with any craft, we understand that passion will make one’s chosen discipline. For your case, how did it start becoming a passion? Would you consider it a “calling” as a lot of your contemporaries do? When did you get involved in the 3D industry?

Mihail LupuI (ML): I started studying fine arts when I was little. I always liked to draw something, anything, I just wanted to draw – this was what I felt. From buildings to creatures, especially heroes that I saw in cartoons on T.V. back then. My parents are artists as well so I grew up in this artistic household. So I had a lot of help from the family. In the 5th Grade I joined a school that offered a Fine Arts program. It was there that  I started to study graphics. It was also there that I discovered that I like sculpture more than graphics and in high school I switched “teams” and joined a sculpture class. Later on I joined the National University of Fine Arts in Bucharest, Romania. 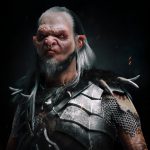 A colleague of mine gave me a copy of a 3d software. It was 3Ds Max 5. I remember my first impression of this software: I thought the program had a LOT of buttons. I remember saying in my mind: ‘oh my god! How can I learn something like this! It is so complex!’.

My sweet colleague showed me how to use it. As a beginner I started to create my school homework sketches directly in 3ds Max (all in a very rough manner, of course). This 3d experience started to grow on me and I continued to learn more and more with the 3ds Max. I researched about 3Ds Max to produce stuff. At the time, which was 2004, there wasn’t much information as it is nowadays on the internet. I even didn’t know what a video tutorial concept is. Imagine that!

Four years later, I started looking for a job in the industry and because I was pretty much a beginner as a 3D artist, I got my first job on a small game studio (5 employees). It was a pro bono job. I took it just so I could learn what teamwork is and how I could create assets in 3d and textures for games. After 5 months of training I got hired by a bigger outsource video-game studio (20 employees) and this time it was a paid job. My first official job title was ‘junior level 3d artist’ and later I became a Junior Character Artist.

At the beginning of 2010, I came across an opening on the net from Gameloft Bucharest. I applied and I got hired as a 3D Environment Artist. Till then I am working in this studio and currently I am Senior 3D Artist in Gameloft Bucharest studio and now I am responsible for 3D characters/creature creation for the studio games. 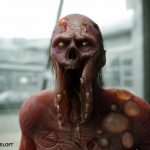 XC: Would you say that there was an art piece (digital or otherwise) or artist who was a catalyst of your involvement in the craft?

ML: In my learning process in 3D I discovered cgsociety.org and cghub websites. I also found the Cgtalk forum from where I found many good 3D artists and TDs. During that time, I remember I was a big fan of Damien “Madam” Canderle’s work and Kris “Antropus“ Costa. I also admired Gottfried Bammes and my dad, Nicolae Lupu (who is a traditional sculpture artist) — from whom I learned a lot of stuff about anatomy, composition and human proportions.

Vadim “slipgatescentral” Bakhlychev is another good artist as well, Borislav “Bobo” Petrov and Paul Neale guru for the TD pipeline (rigging and max scripting) and many more.These people’s work were truly inspiring for me and for my work.

XC: Now that you’re an active part of the industry, would you say you have pegged a solid place in it?

ML: Oh. No, of course not. I still have a lot to learn and I recognize that I have  to do more. Now, after almost 11 years in the industry I could say I am at the beginning of my 3D artist career. 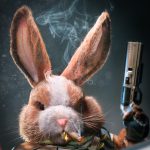 XC: How does your day look like in production?

ML: I shall not say it is an easy job. Everyday I have to overcome more challenges and I try to solve them in the most efficient way. When I wake up in the morning and think about going to work, I don’t have that feeling wherein I say to myself “Oh, another day at the office.” — that feeling wherein everything had become a mere routine. I like what I do and I do it with pleasure. I pay a lot of attention and concentration on the work I am doing and I am trying to level up the quality in my everyday output.

ML: Because I work in a studio that produces AAA mobile games, the list of challenges is quite long.

To summarize, my concerns mostly lie on the 3D assets quality, optimizations, best gameplay ever, very good FPS (frame per second) and the full size of the final product to be as small as possible. It is quite hard to manage if you compare the pipeline with a PC game. But always someone from my team comes up with a great idea on how to manage everything. 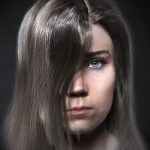 Here in Gameloft Bucharest I had been working for AAA mobile games like: N.O.V.A. franchise, Modern Combat, and the Asphalt series. Here, I learned a lot regarding how a game is created from scratch to a finished product. It is also here that I consider myself to be a lucky guy because I learned from people with greater experience and even greater talent.

Perhaps the most common among the challenges that I face is the optimization progress for a mobile game to run smoothly on devices and how to avoid a long list of in-game bugs. So I will say the efficiency challenge is priority no.0!

As a freelancer, I worked on T.V. ads / commercials for agencies / animation studios. Here

is another way of making 3D stuff, different workflow and pipeline that the gaming production. As a freelancer I usually do the 3D generalist role, starting from modeling / shading setup /character setup (rigging) / render setup till matte painting backgrounds and compositing and post production. I deal with the whole project except animation and advanced particles system which is a totally separate job if you ask me. And because I am a one-man army, I could say that for working in film/animation, the main challenge for me, always, will be the stringent and tight deadlines and quality.

XC: We’ve seen your works online and we may we just express, your attention to detail is just amazing. Your creature concepts are deliciously outlandish. Your sense of anatomy is spectacular. But among your works, do you have favorite pieces? If so, what would these be and why? Also, what would you consider your biggest or most exciting project to date? 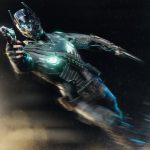 ML: From time to time I like to switch from realism to cartoon projects and vice-versa. I don’t really like to stay on the same nature of projects all the time. I didn’t think about this until now, but I always like to draw or model in digital or in a traditional way portraits or creature heads concepts. That being said, it doesn’t matter if is a cartoon, realist, or a sci-fi portrait. I know that the facial expression of a character will always be the soul of your work. When you will observe the look of a character you will feel what a respect-worthy work is; this is what I am looking into seeing in all my artworks.

I did a lot of project in all this time, fun projects or less, but I never felt this was the most exciting project I ever did. As I said earlier, I am still at the beginning of my career and maybe in time, I shall get to see and handle my dream projects. 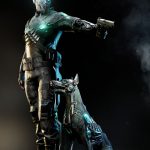 ML: I like to change the “3d chapters” from time to time, if I could say so. I have long periods of time when I learn how to code in Max script and Python, then I will start to improve my rigging skills. Then I try to improve the cloth simulations and so on. With these, I could say my edge is perseverance. However, for those who plan properly, set realistic goals, and exercise patience,  perseverance can definitely permit you success.

XC: If you weren’t a 3D artist today, what would you be working as?

ML: Probably I would be a traditional sculptor or something who deals with Fine Arts.