When a door closes, another opens, or is it God opens a window, or the roof? It eludes us. But whatever it is, opportunities arise from sudden losses, if you are willing to see them through the shambles. This holds true for Crytek Black Sea.

After being closed down by its publisher, Crytek, the game development studio had reinvented itself to become “Black Sea Games”.

A trip down in Crytek history would reveal the 2008 purchase of the game development entity which was then called “Black Sea Studios” by Crytek. And now, it seems like the tides are yet again shifting with Black Sea Games independently adjusting their sails.

While Crytek Black Sea shutting down was only reported last December, the new Black Sea Games website states that it had been founded as early as November 2016. This strongly suggests that the studio had probably closed down earlier than it had claimed. 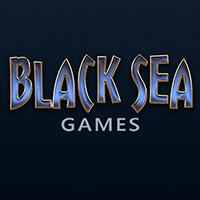 Also a part of the good news is the website’s disclosure that the newly-founded studio is working on a project; although it is currently keeping details under wraps.

Headed by Vesselin Hanjiev, former Managing Director to the disillusioned studio, Black Sea Games promises highly-entertaining, hard-core games in their mission statement which would constantly keep players up and about.