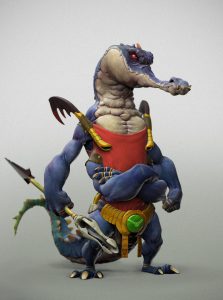 Taking up a Master’s Degree in Architecture, it’s amazing to know that Mr. Borislav Kesachaski can effectively juggle his discipline, work life, and creative personal projects without compromising any of it. This statement reverberates best when you see his works online.

The pieces that he produced may appear cartoony as these take inspiration from Pixar films, but his sense of anatomy and attention to detail is almost impeccable.

When asked what his strengths are if he were to project himself as the accomplished digital artist that he obviously is, he humbly says,

I think it would be better to let my work speak for me.

Indeed, Mr. Kechaski is an artist to watch out for. Let’s get to know him through this short feature.

Xeno Creatives (XC): How did you get involved in the 3D industry? Did you have an AHA moment that that led you to say to yourself, “THIS IS what I would want to do for the rest of my life!” 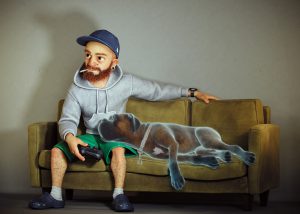 Borislav Kechashki (BK): I was fascinated by cartoons from a very young age and I started copying them as soon as I could.

Years passed by and I was shown 3Ds Max at that moment I realized that I could actually make my 2D designs in 3D. I really fell in love with the idea. My first paid job came maybe 3-4 years later where I started as an environment artist for a small Bulgarian studio filled with great people. During that time, I was also working on my personal character projects after work as I really wanted to work on characters one day.

Maybe the AHA moment was when the first feature animations by PIXAR came out. I just knew that I wanted to do that kind of animation. The dream to work there some day was hence born. That is something that keeps driving me forward even now. 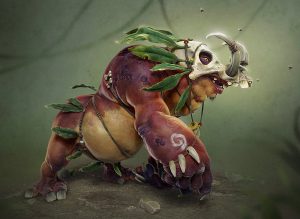 XC: What were the things that you had to go through to become a 3D artist? What is it like being thrown into the culture?

BK: Well, honestly I was just doing something that I love and with enough practice and passion I somehow became good enough to actually make a living out of it.

XC: What or who influenced you the most?

BK: A lot of things actually. I can say that I derived influence from all the great feature animations by PIXAR, Disney, Bluesky, Sony animation and especially Laika in the last few years. All the great artists that I can follow online and get in touch with, also some artists here from Bulgaria that are not only super talented, but also great friends—they all contributed and continue to contribute to my pool of influences. 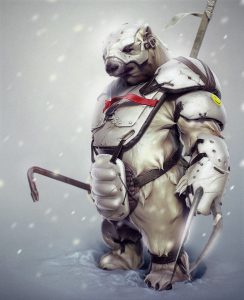 XC: What’s your workflow like? Could you describe your day in production?

BK: I spend most of my time working in ZBrush, where I start with some fast blockouts of the concept that I have while working with a concept artist. From there, I’d be refining and finalizing the sculpt in ZBrush, do Retopology in 3Ds Max or Modo, texture in Substance Painter (which I really love) and put the final model in the engine.

XC: What are the common challenges that a 3D artist like you encounter day-in, day-out in a project?

BK: I think the biggest challenge for me is to keep myself motivated going to work and to somehow conserve enough energy to work on my personal stuff after that. It is through my personal projects that I learn the most and where I can be my own art director doing what I really want.

BK: The biggest one to date should be “Assassin’s Creed Origins”. Working on one of the DLCs for that game was awesome. The entire team was amazing as well.

XC: If you were to market yourself as a 3D artist, what would you highlight as your strengths, your edge?

BK: I think it would be better to let my work speak for me.

XC: If you weren’t a 3D artist today, what would you be?

BK: I have no idea really. Maybe I’d be a 2D artist, or an architect in some super boring parallel universe. 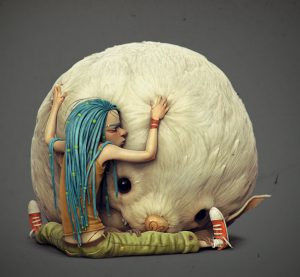